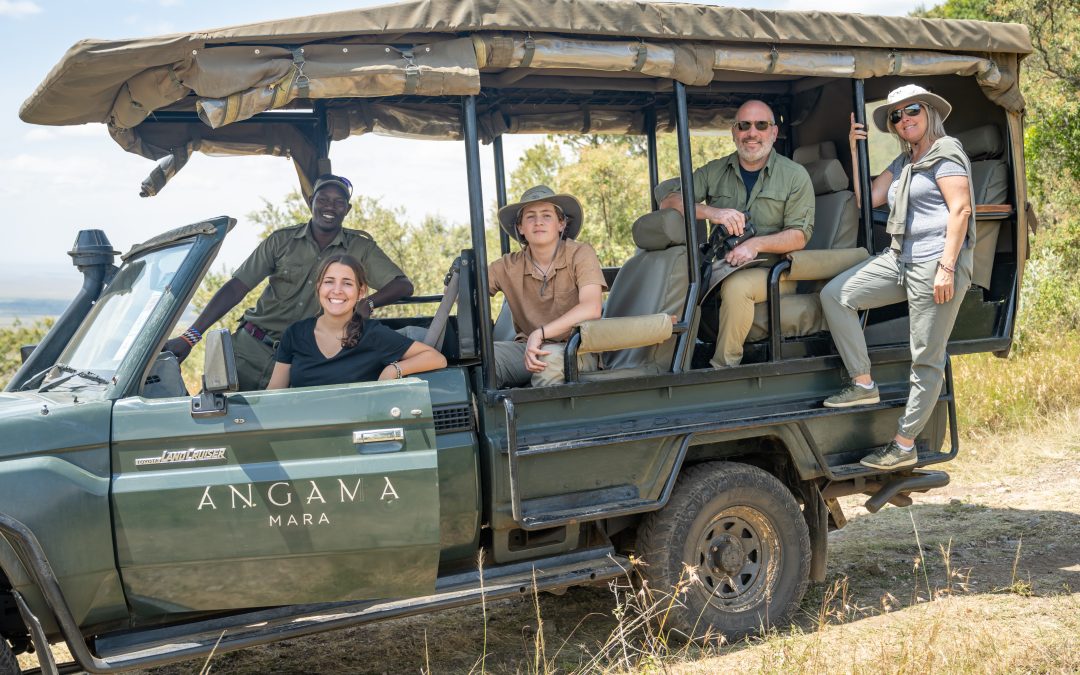 We are just home from Kenya and we all loved it so much!  The variety of animals, terrain and accommodations as well as absolutely delightful people and experienced guides all made our stay special.  There were so many memorable moments and I’ve made a list of some below.  And of course included pictures and a link to our videos. 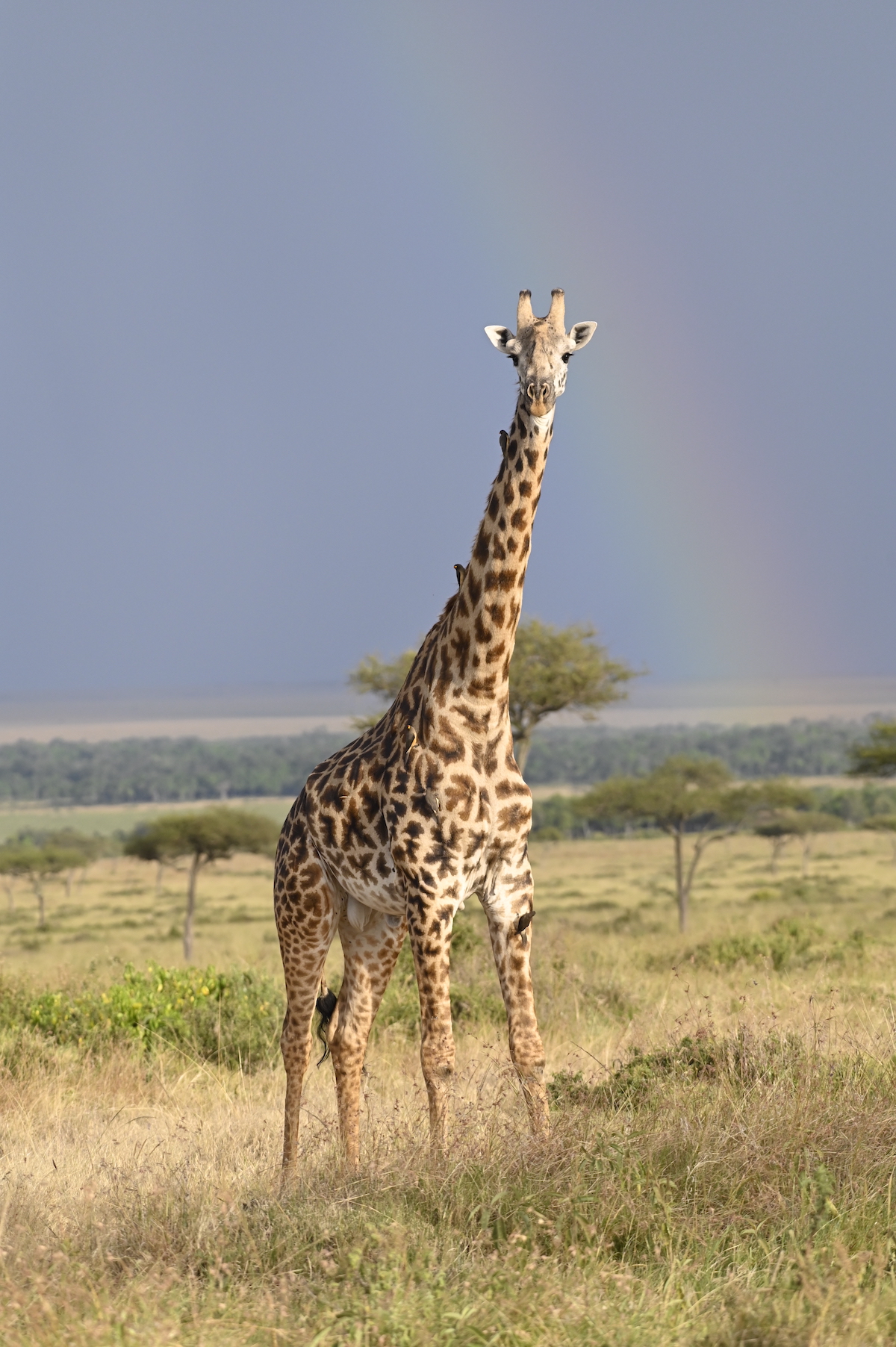 📷 Jessie Lichtenstein
Just after the one and only brief rain of our trip we noticed a double rainbow.  Fred, our guide, stopped the car encouraging Jessie to get the shot.  Look closely and you can see there are two little birds hitching a ride on the giraffe.

Highlights from our safari: 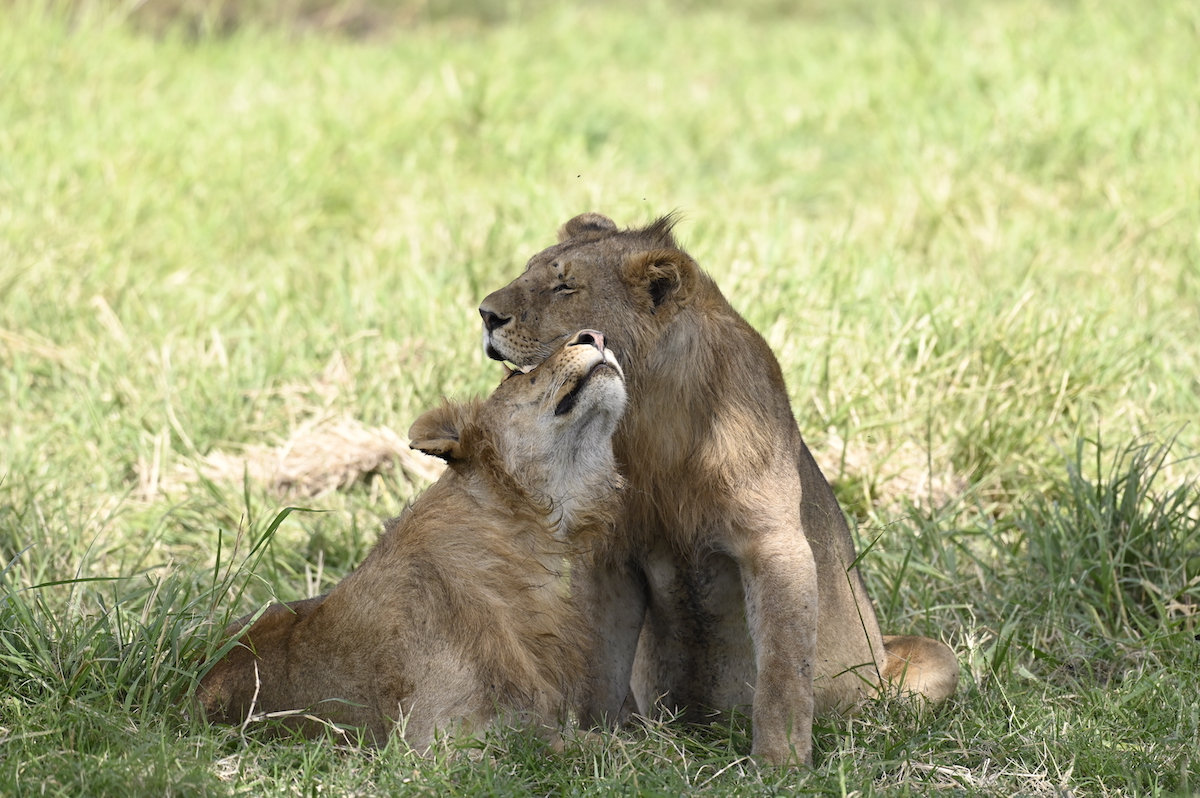 📷 Jessie Lichtenstein
This was a tender moment between a father and his son under the cool shade of an Acacia tree. 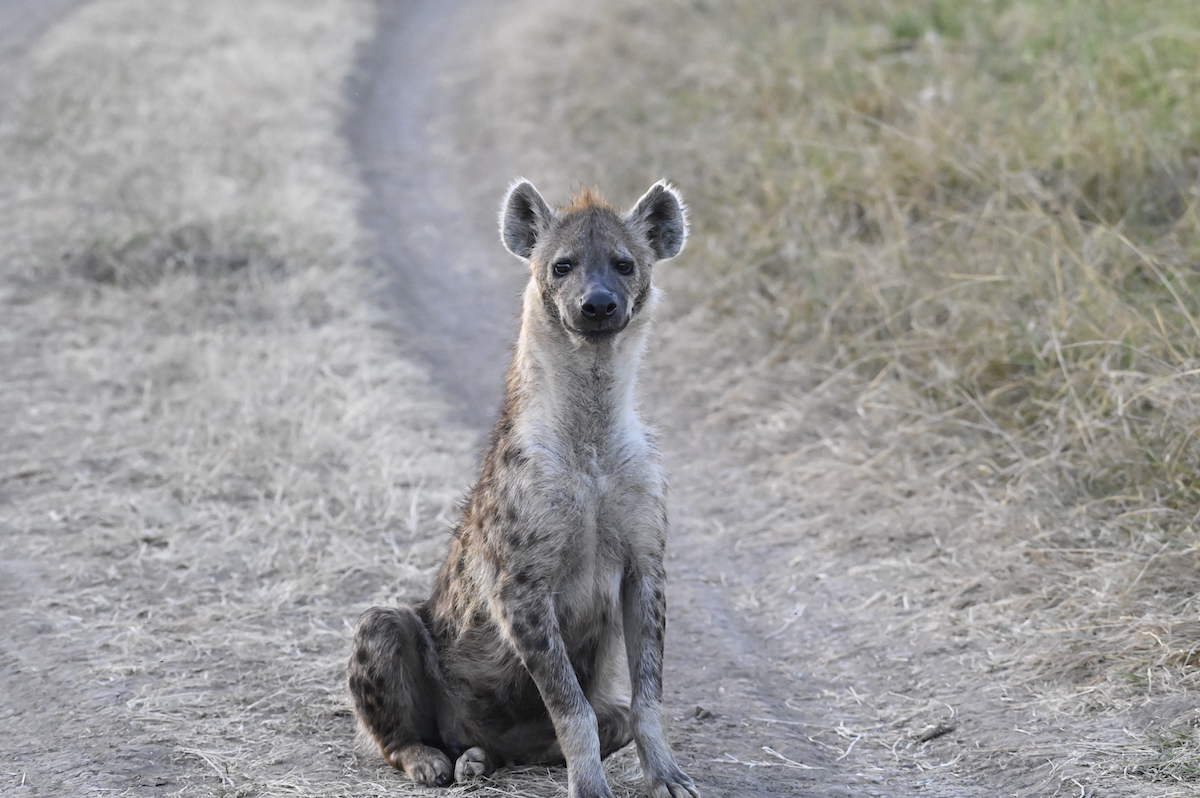 📷 Jessie Lichtenstein
I was never really a fan of hyenas but having seen them up close, I’ve warmed up to them.  This was one of a group of five restlessly milling about waiting to exploit an opportunity when the lions left their buffalo. 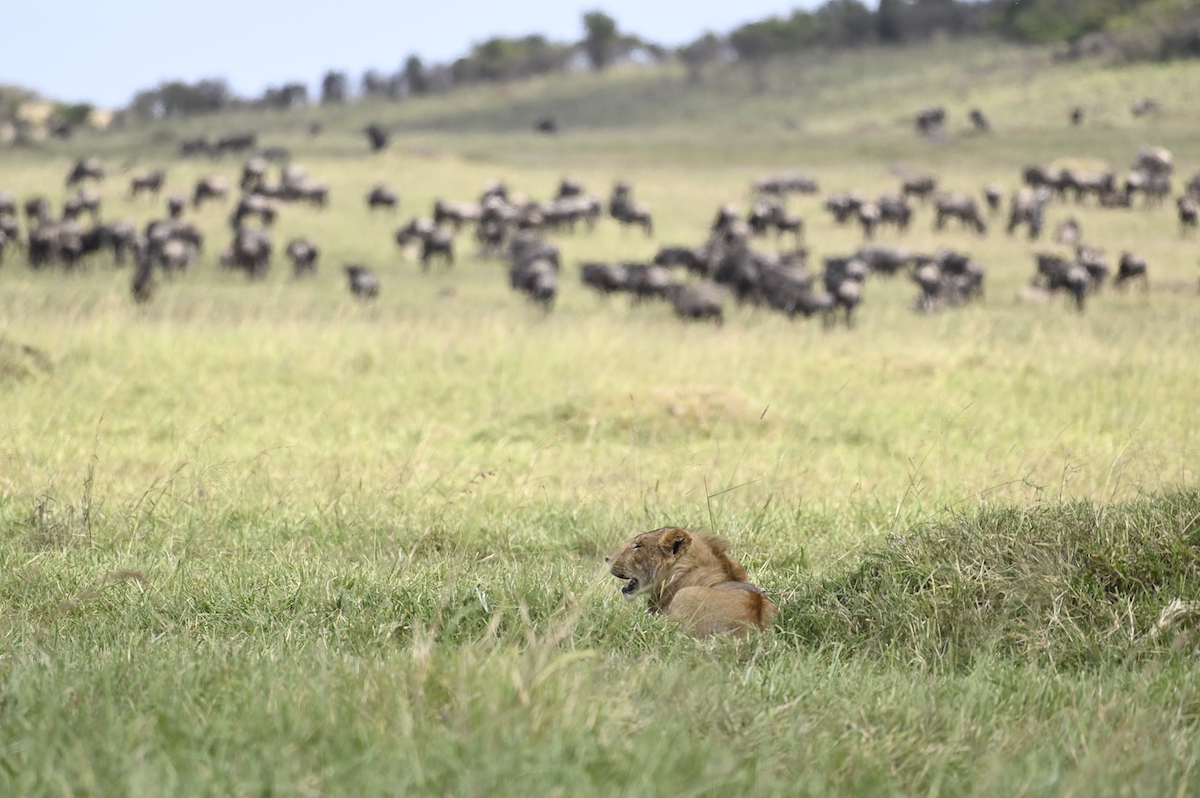 We were at the very beginning of the migration.  About 100,000 wildebeests were out and about.  This lion and two of his friends were too. They were just watching the wildebeests and appeared to be plotting their strategy for later that day. 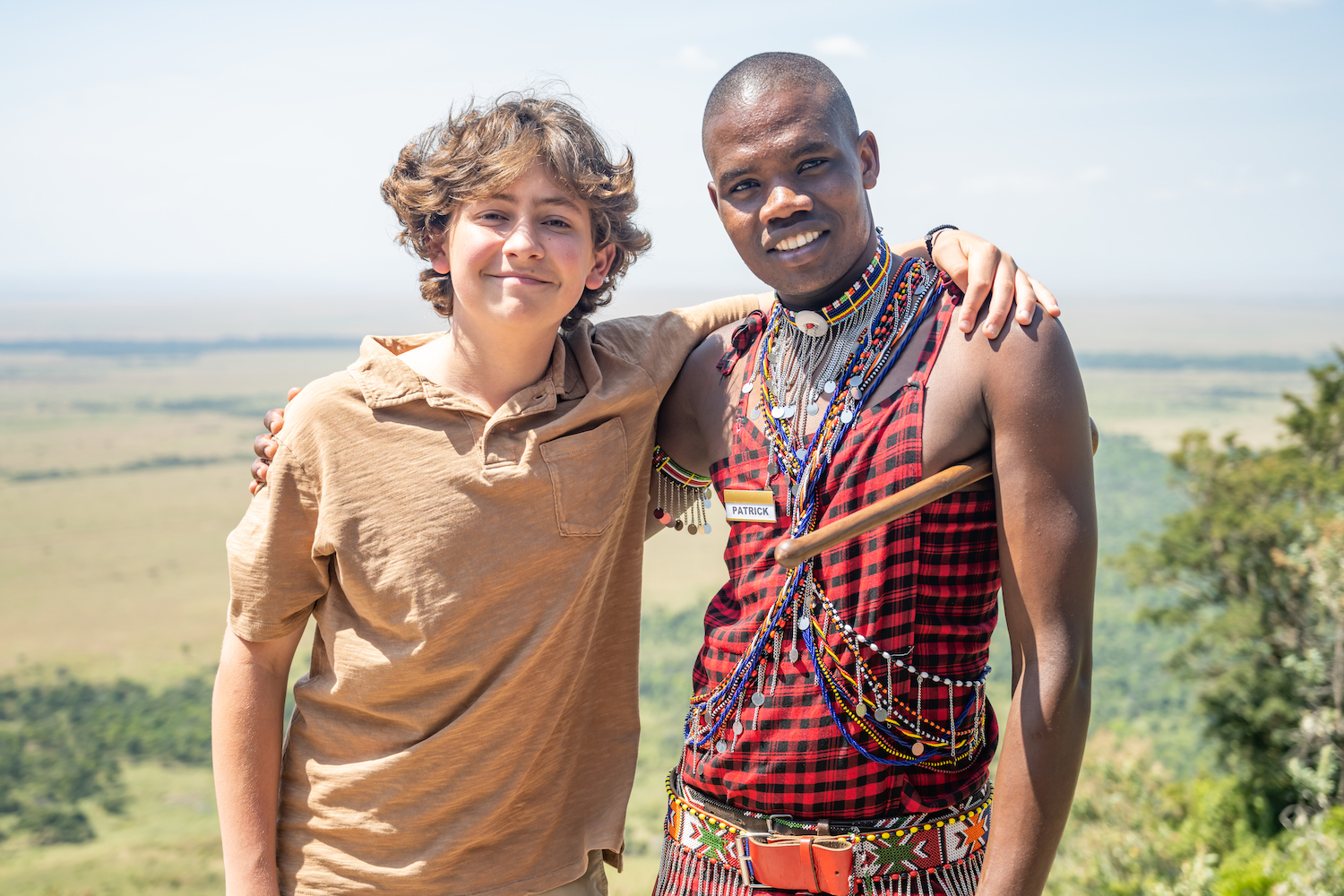 Trevor and Patrick, the Naturalist at Angama 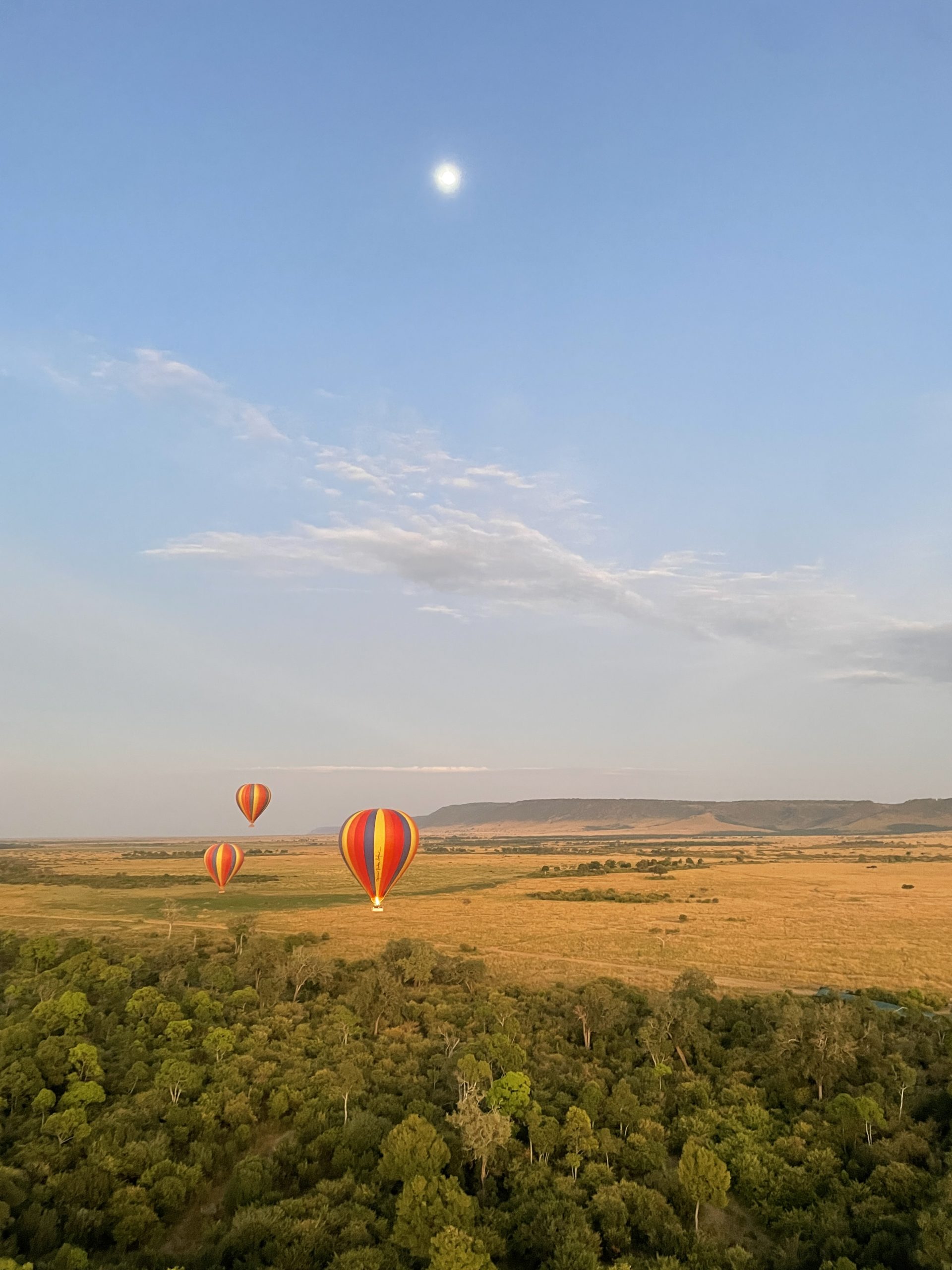 We were out for a sunrise balloon ride. But this picture captures the full moon still out from the night before.  An absolute must do in the Mara. 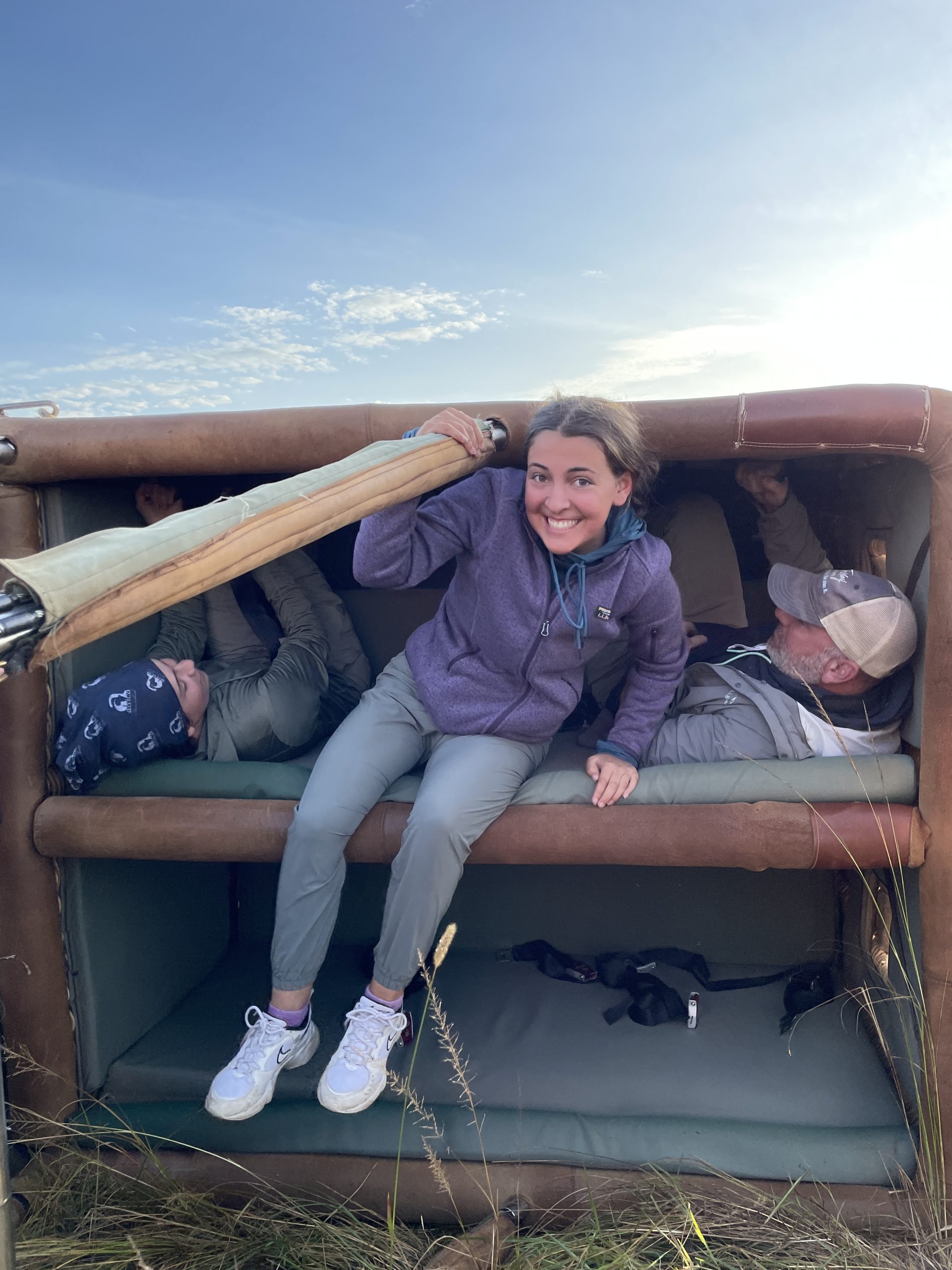 Our balloon landing was super smooth, but that still means crawling out of a sideways basket.

A few photos of favorite lodges… 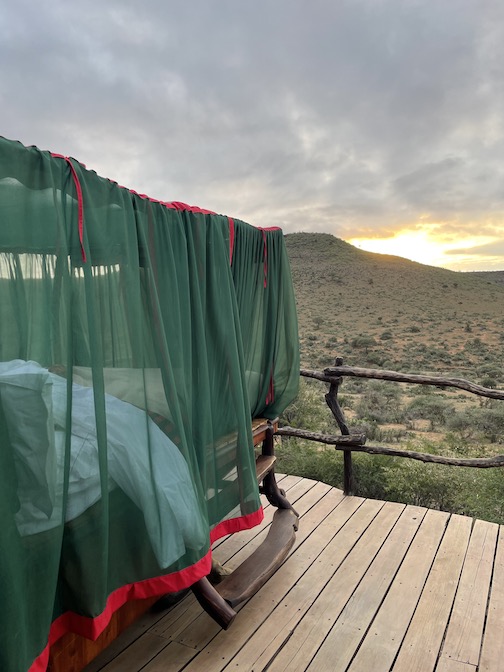 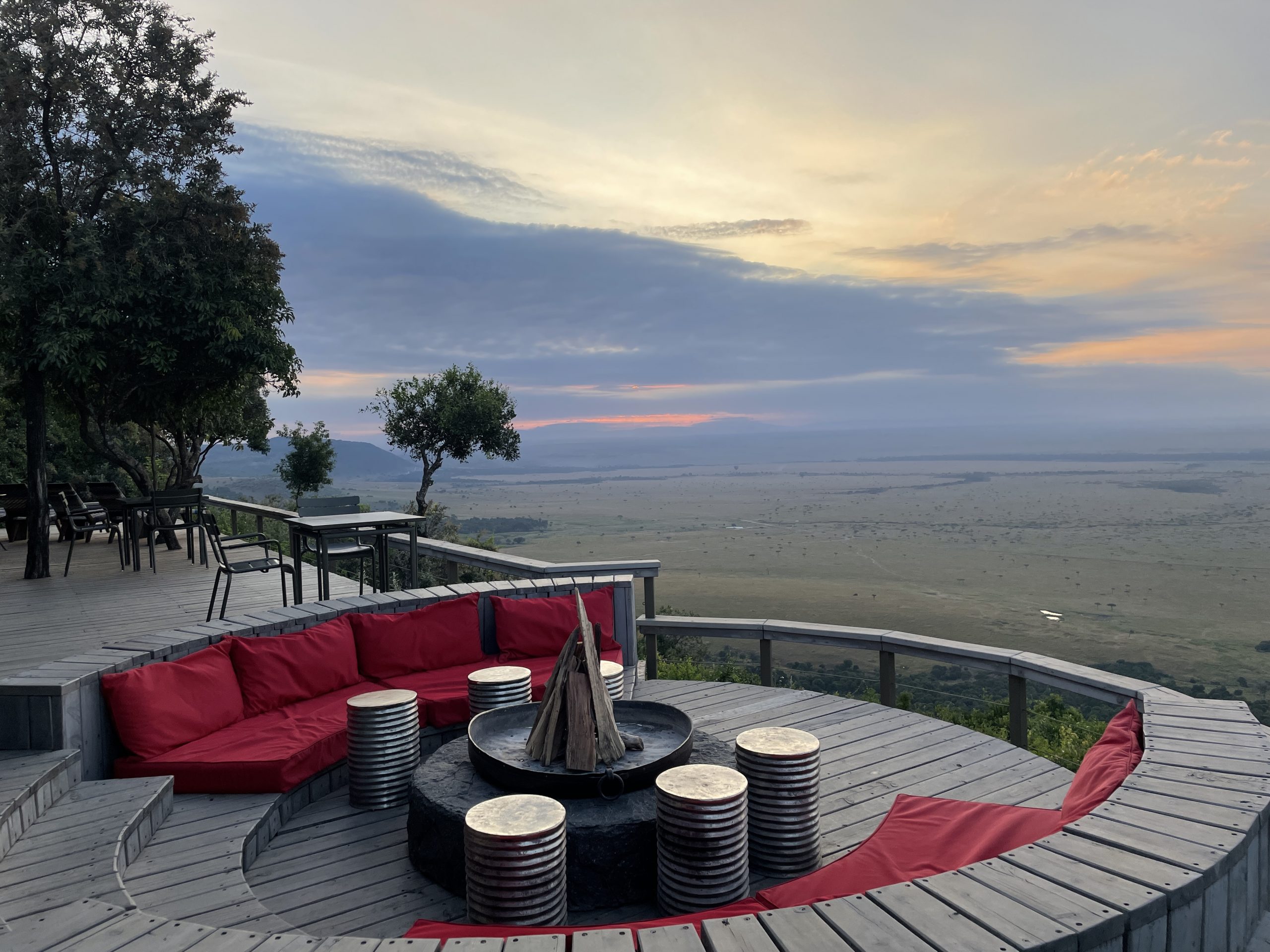 View over the Mara from Angama

If you’d like to see some of our videos including giraffes running, elephant mud bath time, a lion walking away from his kill, a momma lion and her three cubs, a restless hyena and walk throughs of our lodges click here.

“The only man I envy is the man who has not yet been to Africa – for he has so much to look forward to.”

I’m grateful to all of the people who contributed to our wonderful experience.  Especially Jackson, Fred and Robert.

A safari is one of the most special adventures you can go on.  If you’ve never been before, it might feel a bit overwhelming – East Africa or South Africa?  Which country (or countries)? Add on Cape Town and the Winelands or Victoria Falls?  Side trip to the Seychelles or Zanzibar?  Rwanda or Uganda for the gorillas?  Which type of lodge?  Stay in a national park or private reserve?  How to get from here to there?

I love brainstorming and I’m happy to talk through the above with you anytime.  One warning.  Many people think they will take one safari in their lifetime and that will be it.  But once they go they realize how magical it is and they want to go back. 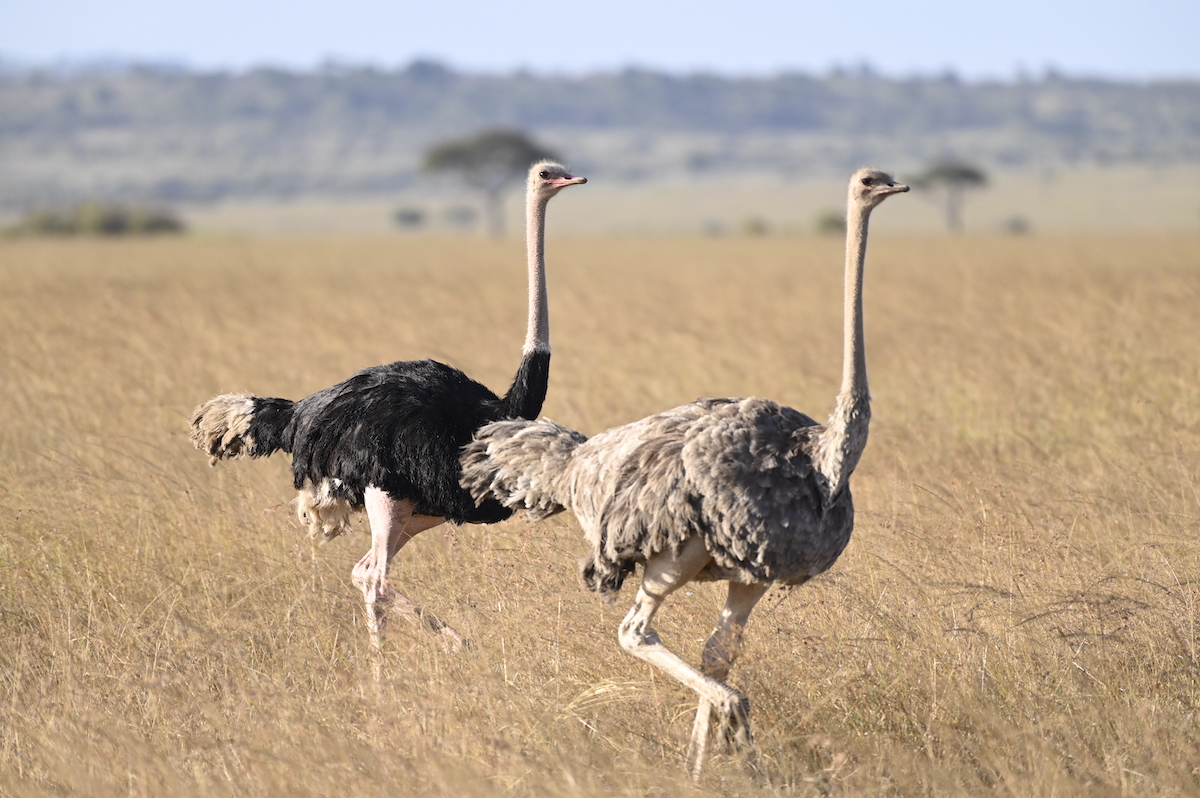 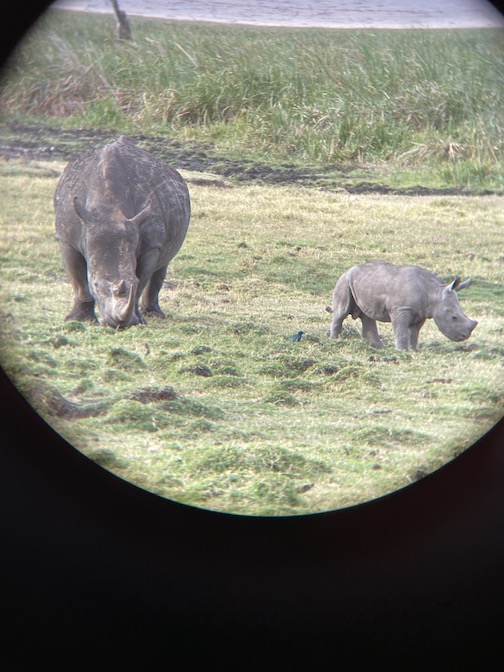 Join our mailing list to be in the know about our favorite new travel finds and the latest travel updates.

Thanks for signing up! You should receive an email from us shortly (if you don't see it, check your spam).